Donna Gentile had big dreams for herself, so she decided to run away from the group home for delinquent girls she was staying in as a teen and make her way to San Diego. But unfortunately, things did not work out exactly how Donna planned they would once she reached her new home town. She did work in security for awhile, but ended up working as a prostitute in order effectively to support herself.

While working as a prostitute, Donna cooperated with Internal Affairs and testified against law enforcement officers who ended up losing their jobs. And just weeks after testifying as a police corruption informant, Donna Gentile was found murdered in a remote area. Her clothes were removed and her mouth was full of rocks.

Donna's autopsy was sealed by the city of San Diego, which created some questions about the true story behind her untimely death. To this day, the case is unsolved and Donna's murderer has gone unpunished.

In the years since Donna's murder, many people have become detectives in their own right to try and figure out what really happened to the young woman. Was a serial killer to blame? Was the death a result of a prostitution date gone wrong? Was law enforcement behind the demise of Donna? These questions and more have been burning in the hearts of those who loved Donna and those who are simply strangers who have gained an interest in her sad case.

While there is no hard evidence that's been used by the San Diego police to solve Donna Gentile's murder case, there is plenty of compelling information available that helps paint a picture of corruption and betrayal when all is said and done.

Donna's younger cousin has spent much of her time since the murder working to uncover the truth about what happened. She has access to Donna's diary entries, letters, and other personal effects that have allowed her to glean insight and information that help would ultimately help to put the pieces of this unsolved mystery together.

Donna's cousin has decided to share the personal insight she has held on to for all of these years and the intimate details of Donna's life story that people have been longing to learn for some time. Finally, some closure can be brought to Donna's case and some lessons can be learned that may help other young women stay safe as they make their way through the world. To learn more, check out books like The Donna Gentile Story.

Read in about 2 Minutes 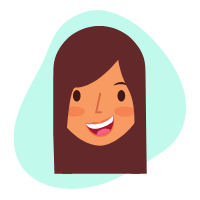